COVID-19 Update We’ve briefed and equipped our tradespeople in response to the coronavirus crisis. Click here for details.

20 Things to Do in Twickenham

Matt Robinson | Updated on May 13, 2020
FacebookTweetPinLinkedInEmail
Home » Local Community » 20 Things to Do in Twickenham 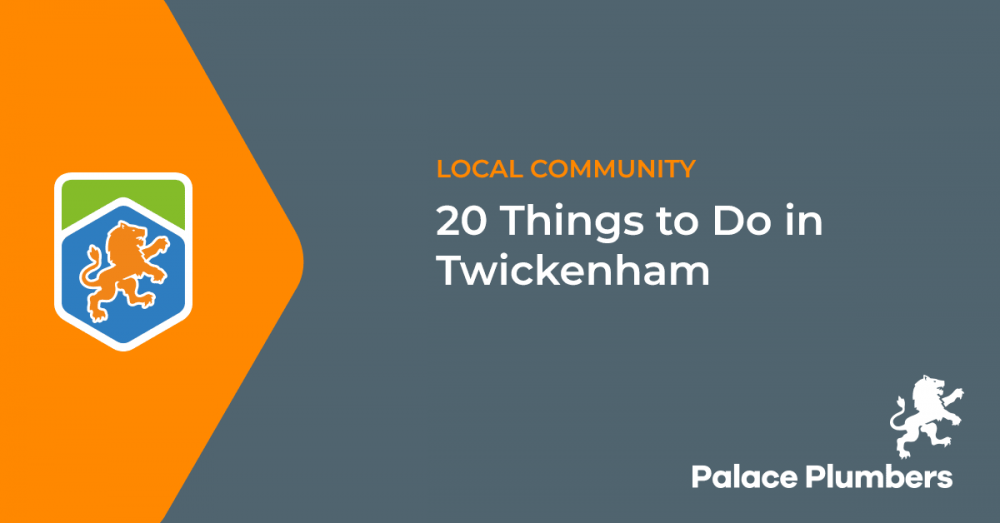 Twickenham is a popular destination for family days out as there’s so much to enjoy. Local people love living here and there are great rail and road connections with London being just a short train journey away.

As local residents ourselves we’re lucky enough to have so many fantastic things to do right on our doorstep. That being said we thought we would share some of our favourite things to do in Twickenham.

Twickenham Rugby Stadium is known worldwide for hosting some of the biggest matches in rugby history. It’s the national stadium for England rugby and there are numerous internationals played here throughout the year as well as plenty of charity matches. Download a printable fixtures timetable.

Twickenham Stadium offers more than sports events. In addition, to match day fixtures you can enjoy a tour of the stadium, World Rugby Museum, Rugby Store and even attend music events. Some of the biggest names such as U2 and the Rolling Stones have performed here recently. There is a varied events timetable throughout 2019.

If you’re planning on having a few beers and would like zero travel time you should book yourself into local Marriott hotel, which is rather conveniently located within the stadium itself.

2. Enjoy a beer at The Cabbage Patch Pub

The Cabbage Patch name is based on the fact that the part of the ground on which Twickenham Rugby Stadium stands used to be a market garden that grew cabbages. The pub, managed by Fullers, is massively popular on match days and has plenty of seating and standing room, perfect for watching the big screen and on match days. There is also a generously sized outdoor garden.

Strawberry Hill House and Garden is steeped in history and a major attraction in Twickenham. The house was purchased in 1747 by Horace Walpole, the son of Britain’s first Prime Minister Robert Walpole and has been extensively expanded and renovated throughout the 18th and 19th centuries.

Fondly referred to by many as Walpole?s gothic castle, this extraordinary 18th century Georgian house sits on the banks of the River Thames and is widely considered to be one of the areas greatest structures.

The nearest train station is Strawberry Hill Station which is a short 5 minute walk away.

Marble Hill House is best described as a grand Georgian stately home and is another of Twickenham’s great Georgian structures.

Steeped in history, the house belonged to Henrietta Howard, Countess of Suffolk, and mistress to King George II.

The house was built over 5 years between 1724 and 1729 sits on the banks of the River Thames in 66 acres of beautiful unspoilt parkland.

The house is open to the public five days a week for seven months of each year.

5. Hop on the Ferry to Ham House & Gardens

Ham House and Gardens was built in 1610 and boasts one of the finest art and textiles collections in the borough.

This splendidly preserved 17th Century house and gardens was the childhood home of Elizabeth Murray, Countess of Dysart, who is reputed to have been an influential figure in English politics around the time of the English Civil War.

The house sits just a few hundred yards back from the River Thames in Ham and is open to the public year round.

Ham House isn’t actually in Twickenham at all, but I wanted to include it in this article because it’s easily accessible from Twickenham. Just a 2 minute ferry trip across the River Thames on the ferry.

Orleans House is a grand 18th Century house built in 1710, that sits near the River Thames in Twickenham.

This fine Palladiam villa was the home of James Johnston, joint Secretary of State for Scotland, who retired to Twickenham at the end of his career.

Orleans House Gallery opened in 1972 and hosts a number of portraits and other art from the London Borough of Richmond upon Thames art collection.

Talk to our team for help and advice or to book

Your call may be recorded for training or quality purposes

Share this ArticleLike this article? Email it to a friend!
Email sent!