COVID-19 Update We’ve briefed and equipped our tradespeople in response to the coronavirus crisis. Click here for details. 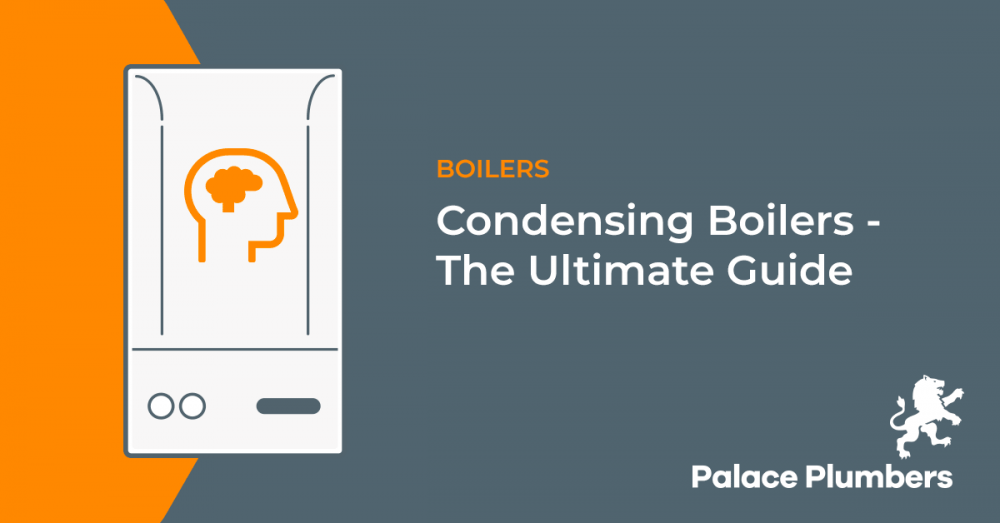 In 2008, there was a ‘boiler scrappage’ scheme where people were given some money if they replaced their old boilers with condensing systems. So, the record says, more than 8 million British homes switched to the newer version. This was a move by the government so that people could have a cleaner boiler.

Now, in this article, we shall discuss combi boilers, an ideal choice for residential buildings. Are you worried about rising heating costs? Opting for a combination boiler is the best option. It’s pretty challenging to have an understanding of the world of boilers, there are so many models, so many manufacturers, a lot of sales and installation.

What is a condensing boiler?

How does a condensing boiler work?

While burning natural gas, condensing boilers produce a mix of water vapour and carbon dioxide. Very different from a traditional system, the heat exchanger of a condensing system is larger and sometimes there is a secondary heat exchanger. It recycles waste gases and puts those back again into the heating system. This is the magical way by which the system maintains about 90% energy efficiency. With these boilers, you get 24 hours even heating for your home. Basically, all modern systems are condensing boilers. In case you are planning to replace the old boiler, do get a condensing boiler. When you have installed a new system, you also need to find out whether it’s working properly. Check whether there is a plastic pipe coming out of the external wall very close to the boiler installation location. This pipe leads to the drain and is called a condensate pipe. The unit proves to be very effective if it has an ERP A rating, you will also be sure then that the boiler is condensing.

If you replace a G-rated boiler with a new condensing boiler, you can save about ?350 every year. So, this clearly shows the main benefit of installing this system but there are other advantages as well:

Why are condensing boilers more efficient?

Traditional boilers have a hydronic heating loop; this design constantly puts an effort to stop the direct-fired systems from condensing in the heat exchangers. The process of condensation occurs during the time when the water vapour inside the combustion gases of the boiler sinks below the dew point. This is the time when the gas is forced to remain in a liquid state. The change of state happens automatically because approx. 1000 Btu of heat is released for each pound of liquid created. The surface of the heat-exchanger remains cool which plays a major role. But, if normal boilers start performing condensation, it’s harmful to the system. The condensing boilers are crafted using the latest technology and keeping in mind that condensation is a must. The heat-exchangers are engineered using the highest quality material and the design allows draining freely. The new ones can withstand years of condensation without any sign of corrosion. There are some components that can also withstand thermal shock that happens due to fast temperature changes. The engineers can incorporate the condensing equipment directly into the main loop. The hydronic loops are simplified on the condensing boilers, this reduces the maintenance costs.

Mainly there are two variants: the combi boilers and system boilers. It is good to opt for a system boiler for larger households or for properties that have low water pressure. You can buy system boilers for houses that need on-demand heating. These condensing are available in different shapes and sizes; let’s take a look at the types:

Mechanics of a condensing boiler

Condensing systems have inbuilt fans that are installed close to the heat exchanger and it also works with the speedometer. This is why the condensing systems have a closed combustion chamber which is joined to s coaxial flue from where the combustion gases are evolved. The fan speed can be controlled and this aids to maintain a balanced combustion ratio of gas and air. To reduce the loss of heat arising from flue gas, the heat exchanger must allow water vapour condensation. The condensation process is the highest when the surface of the heat exchanger is equal or just below the dew point temperature. For the boiler to work in the condensing mode, the coolant temperature that’s in the reserve loop must not be more than 57 degrees Celsius. If the coefficient of performance of a boiler is higher, the heating system temperature will be lower. A condensing boiler is more efficient if it is combined with underfloor heating (water-based) with 40 to 45 degrees Celsius temperature. You can improve the comfort level that your heating system gives by installing a condensing boiler, and it also reduces the consumption of gas by 15-20%.

Are you worried about the carbon footprint? Condensing boiler is the solution. There are so many types of boilers; it becomes pretty difficult to decide which one you must buy. It’s wise to weigh the benefits before finally ordering. You get boilers online and there are so many websites that do a comparative study of the best boiler brands. It’s a big investment to buy a condensing boiler but it’s worth it; it helps you to save money on energy bills in the long run. There are boiler and heating consultants who can also help you in case you are not sure which condensing boiler to buy.

Talk to our team for help and advice or to book

Share this ArticleLike this article? Email it to a friend!
Email sent!